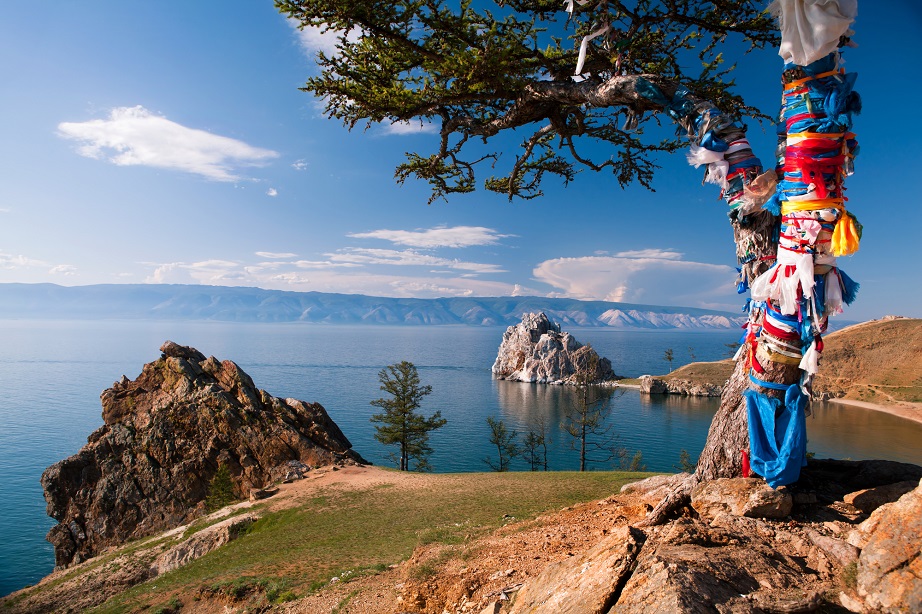 Breakfast at the hotel, departure from the hotel and moving to the island of Olkhon.

Olkhon is the biggest island of Baikal and the largest lake-bound island in the world. Picturesque landscapes, sandy bays, steep capes with unusual shapes make Olkhon an attractive destination for tourists.

Lake Baikal is unbelievably beautiful lake, which attracts people from all over the world. It`s also known as  the deepest and, possibly, the most ancient lake and  believed to be about 25 million years old. Lake Baikal  holds almost a quarter of the world's supply of fresh water, and the water is extremely pure and clear.

Breakfast at the hotel,

“Picnic” lunch in the middle of a very impressive nature, continuing to explore the island

A walking tour throughout the city of Irkutsk,  then shopping, dinner, and ending our day in Irkurtsk.

Transfer to the airport, departure to Vladivostok

Vladivostok is the most eastern center of Russia and is located on the shore of the Sea of Japan.  It is an important transport, industrial, trade, and financial center of Russia. The city is the main naval base of the Russian Pacific Fleet.

Lunch at the city café, continuing the city tour.

While walking throughout the city, which is also called San Francisco of Russia on the Pacific coast, we will discover a Russian submarine, the rail system called the Finicular and the Golden Horn bay.

Vladivostok has a trove of attractions. One of the main symbols of the modern city is its cable-stayed bridges. These constructions are incredibly beautiful and spectacular. It is interesting to admire it in the afternoon, as well as in the evening when they are decorated with artistic lights.

After breakfast, transfer to the airport and departure to Kamchatka.

During the cruise to Starichkov Island, we will visit one of the main landmark of marine Kamchatka "Three brothers" rocks. According to the legend, three rocky brothers stand next to the entrance to Avacha Bay (one of the most beautiful symbols of Kamchatka and  one of the most picturesque bays in the world) to protect and keep calm of this place.

Lunch. Transfer to Kamchatka. Check in at a hotel.

Transfer by vehicle to Avacha volcano, which is a UNESCO World Heritage Site (7 km hiking trip to Camel mountain).

End of the tour. Transfer to the airport.